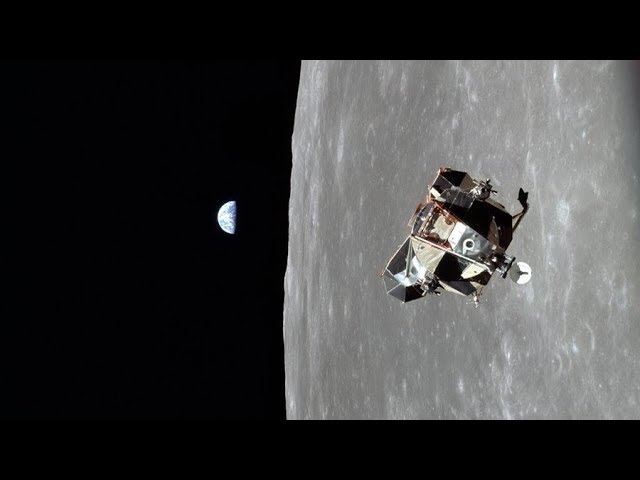 When the lunar module landed at 4:17 p.m EDT, only 30 seconds of fuel remained. Armstrong radioed “Houston, Tranquility Base here. The Eagle has landed.” Mission control erupted in celebration as the tension breaks, and a controller tells the crew “You got a bunch of guys about to turn blue, we’re breathing again.”

For more information on the Apollo Program, visit https://www.nasa.gov/specials/apollo50th/