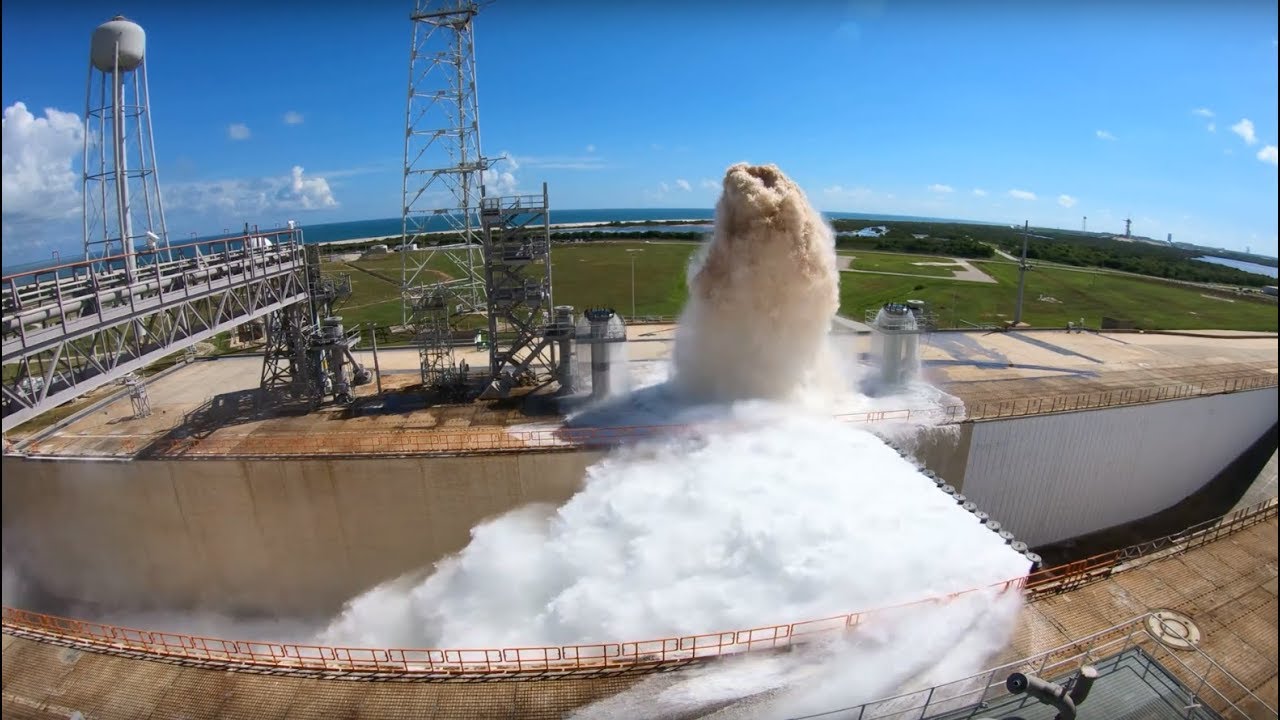 Modifications were made to the pad after a previous wet flow test, increasing the performance of the system. During launch, this water deluge system will release approximately 450,000 gallons of water across the mobile launcher and Flame Deflector.