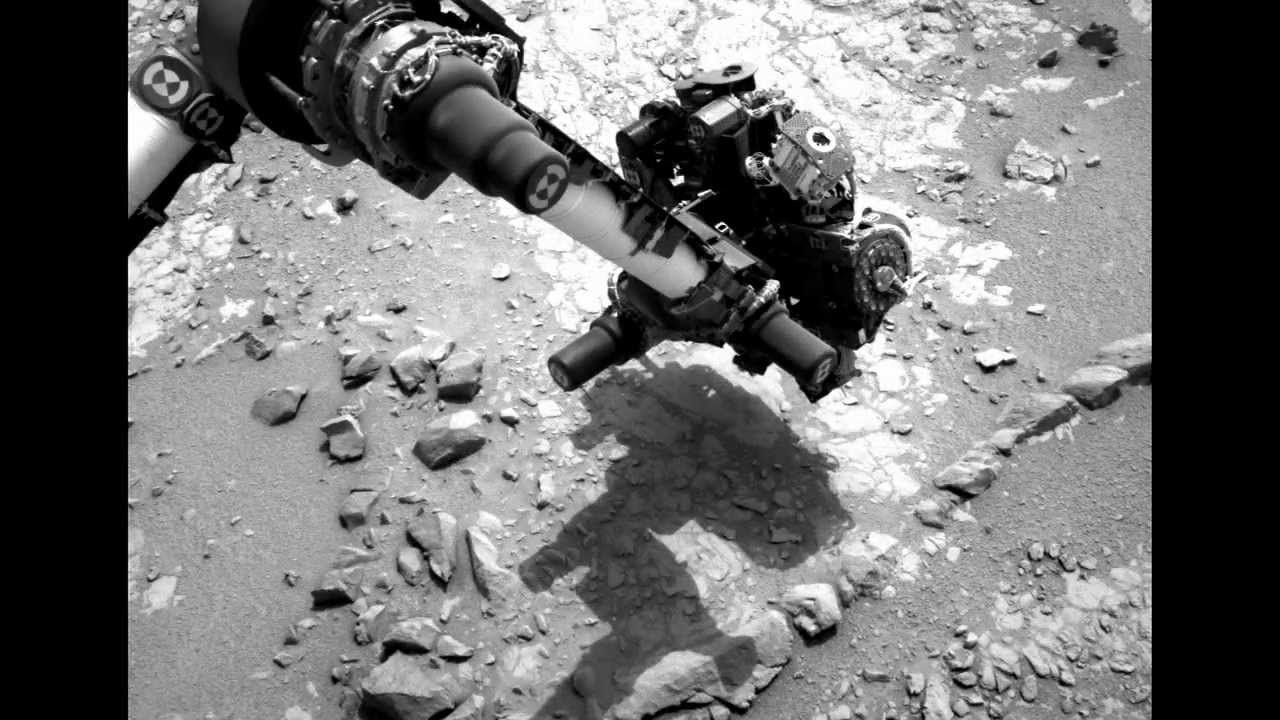 Curiosity carries 10 science instruments with a total mass 15 times as large as the science payloads on NASA’s Mars rovers Spirit and Opportunity. Some of the tools, such as a laser-firing instrument for checking rocks’ elemental composition from a distance, are the first of their kind on Mars. Curiosity will use a drill and scoop, which are located at the end of its robotic arm, to gather soil and powdered samples of rock interiors, then sieve and parcel out these samples into the rover’s analytical laboratory instruments.