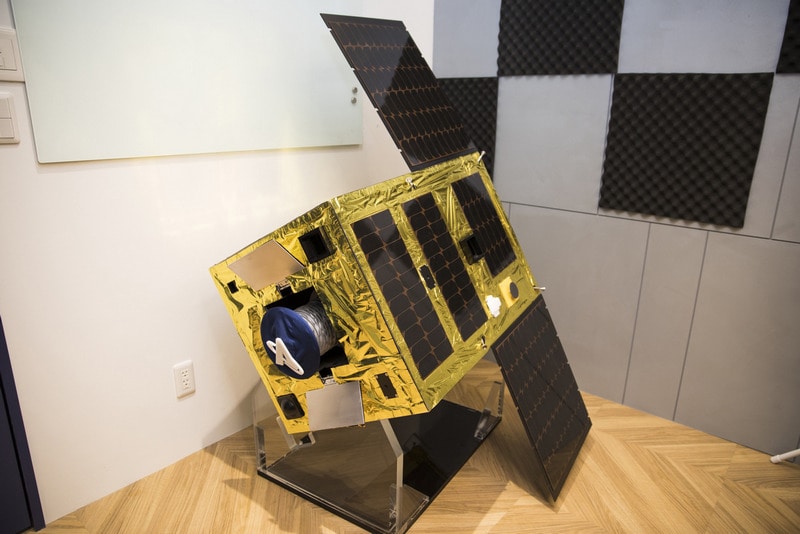 As the satellite industry booms, a Japan-based venture is working to prevent space-debris collisions that could paralyse transportation, defence and telecommunications systems.

Astroscale Holdings is preparing to rendezvous with, capture and dock a test satellite early next year to show how its technology can help clear orbiting junk, Miki Ito, 36, general manager of Astroscale’s Japan unit, said in an interview.

Astroscale is competing in a niche that has drawn urgent attention and funding from companies and governments including those in the US, Japan, Singapore, and the UK. The venture has raised about $103 million (roughly Rs. 735 crores), including money from Japan’s state-backed INCJ, as it vies with rivals to invent an affordable way to prevent a chain-reaction of collisions known as the Kessler effect.

Astroscale said its mission will be the world’s first in-orbit debris capture and removal demonstration using its rendezvous and magnetic capture mechanisms. In the test run, “chaser” and “target” modules will rocket into orbit, then separate. The chaser will then attempt to capture the target once in a steady state and again when it is tumbling. Once safely docked, the chaser and target will power back toward Earth, burning up on re-entry into the atmosphere.

Given the difficulty of fixing satellites in orbit, there is usually no choice but to bring malfunctioning craft down, said Ito, who worked on microsatellite projects at the Next Generation Space System Technology Research Association before becoming president of Astroscale Japan, then general manager this month.

Astroscale is also planning to raise its workforce to 100 from 60 as it expands to the US and other global markets.

With an estimated 750,000 bits of old satellites and rockets circling the Earth at about 18,000 miles per hour (8 kilometres per second), a collision could instantly shatter a multimillion-dollar satellite, as portrayed in the Academy Award-winning 2013 movie “Gravity.” Worse, a chain reaction of destruction could render entire bands of low-earth orbit un-navigable for satellites.

There have already been some close calls. In 2009, the US-launched Iridium33 satellite collided with Russia’s Kosmos-2251, sending thousands of new bits of debris hurtling through space. The crash didn’t immediately trigger other collisions, but the junk is still up there and may yet do so.

Still, the number of satellites being flung into space is soaring. Commercial launches under 500 kilograms are forecast to jump 10-fold to more than 5,600 in the 10 years to 2027, compared with the previous decade, consulting firm Euroconsult estimates in its report on prospects for the small satellite market.

Astroscale is calling its satellite wrecking truck ELSA-d, for End of Life Service by Astroscale-demonstration. The craft consists of a 350-pound (160 kilograms) Chaser module and a 20 44-pound (20 kilogram) target, stacked for simultaneous launch. The chaser uses a magnetic capture mechanism, while the target has a docking plate for a series of tests to include search, inspection, rendezvous along with tumbling and non-tumbling capture. ELSA-d is to be operated from the National In-orbit Servicing Control Centre Facility in Harwell, UK, a key part of Astroscale’s ground infrastructure.

That technology faces a wide array of rivals and is being tested for deployment as governments grapple with setting standards for the new industry. Astroscale may be gaining some advantage by working with stakeholders on rules for the business, said Masashi Sato, senior consultant of Nomura Research Institute.

“Marketing, rulemaking, and developing supply chain are the keys to generating profit for debris-removal ventures,” said Sato. “Astroscale is making suggestions for rules and works with governments, space agencies, and the space industry for commercialising debris removal. They act on a global scale.”

Historically, the US Department of Defense has been the most authoritative tracker of objects that could threaten satellites and NASA missions. The US military now monitors tens of thousands of orbital objects via radar and maintains a public database that satellite operators and others can consult.

While governments have said they are concerned about the threat, the focus has been on funding private efforts to design a workable solution. Efforts include a joint effort by Japan’s space agency and a more than 100-year-old maker of fishing nets to develop a wire mesh that could fling debris out of harm’s way. Other efforts include spacecraft that sweep, lasso and harpoon debris.

“Innovation will accelerate when private companies are leading the way instead of governments,” said Ito.