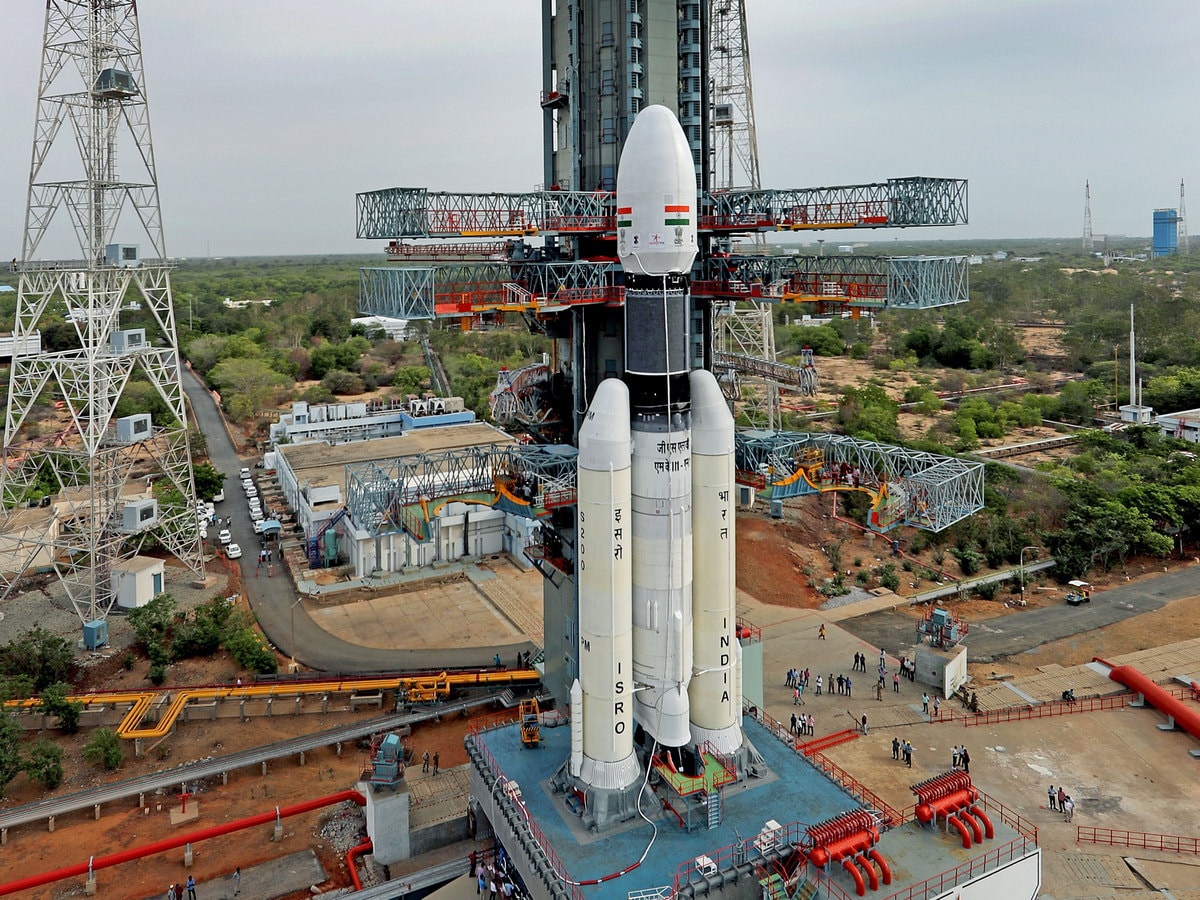 When a rocket blasts off from an island in the Bay of Bengal in the coming days, it will carry not only a moon rover but a nation’s growing ambitions in space.

On Monday, India will embark on its most complex space odyssey to date with the launch of its second lunar mission.

Chandrayaan-2, whose launch is set to coincide with the 50th anniversary of Apollo 11, will attempt to soft-land onto the moon’s uncharted south pole region in the first week of September. The region is crucial, scientists say, as there is a possibility of the presence of water and craters that contain fossil records of the early solar system.

Chaitanya Giri, a fellow at the space and ocean studies program at Gateway House, a think tank in Mumbai, said it would be the first landing of any spacecraft on the lunar south pole.

The mission consists of a lander named Vikram, after the first chief of India’s space organisation, and a rover called Pragyan, which means “wisdom” in Sanskrit.

If successful, the mission will advance understanding of the moon and “benefit India and humanity as a whole,” according to the Indian Space Research Organisation, or ISRO. Its chief, K. Sivan, told NDTV news that Vikram’s 15-minute descent “will be the most terrifying moments as we have never undertaken such a complex mission.”

The country’s first deep-space mission, Chandrayaan-1, launched in 2008, was instrumental in the discovery of water on the moon’s surface. The chairman of ISRO declined to comment further, citing a “hectic schedule” before the launch.

While India’s space program began as early as the 1960s, it has gained new prominence under Prime Minister Narendra Modi. The nationalist leader swept to reelection in May after a campaign focused on security and patriotic rhetoric. Modi has promoted the space program as a symbol of the country’s rising stature internationally and a bulwark of its defense capabilities.

The lunar mission isn’t the only one on the horizon. By 2022, the Indian space agency plans to send a manned mission to Mars. Earlier, it had successfully sent an unmanned orbiter to the Red Planet in 2014.

“India has started to make decisions that will make that country a major space power,” wrote Mark Whittington, author of two space-exploration studies. To be a major player on the world stage, India had realized it needs a “vigorous space program,” he said.

During his election campaign in March, Modi made a sudden televised address to the nation to disclose that India had become the fourth country to shoot down a low-orbit satellite with a missile – an advanced defence capability matched only by the United States, China and Russia.

Coming at the heels of one of the worst cross-border conflicts with archrival Pakistan in recent times, security analysts saw the missile test as a significant policy shift for New Delhi, which has sought to portray itself as a responsible international actor.

The test, however, displeased NASA, whose administrator called it “unacceptable,” given that debris could potentially harm the International Space Station.

Critics of India’s space aspirations question whether a developing country can afford to spend millions on space exploration. Vikram Sarabhai, considered the father of the country’s space program, had said in response that “to play a meaningful role nationally and in the community of nations,” India needs to apply “advanced technologies to the real problems of man and society.”

Others have highlighted the cost-effectiveness of India’s space explorations compared with those of the United States.

India’s first Mars satellite cost less than the budget of space movie, “Gravity.” At $141 million (roughly Rs. 970 crores), the cost of the current lunar mission is far less than the Apollo mission’s $25 billion spend. Both the Mars and moon missions combined amount to less than the $408 million India spent building a giant statue of a freedom-era leader last year. In a famous image from 1981, India trotted out its first communication satellite, APPLE, on a bullock cart.

India has increased its budget spend on space by 11 percent this year to $1.8 billion, though it remains far below what NASA or China spends.

Experts say India’s focus on its space program reflects the aspirations of its young population. Giri says that scientific innovation, the invention of new technology and the development of a highly skilled labour force could help India become a $5 trillion economy by 2024, a goal the Modi government has said it will attempt to reach.