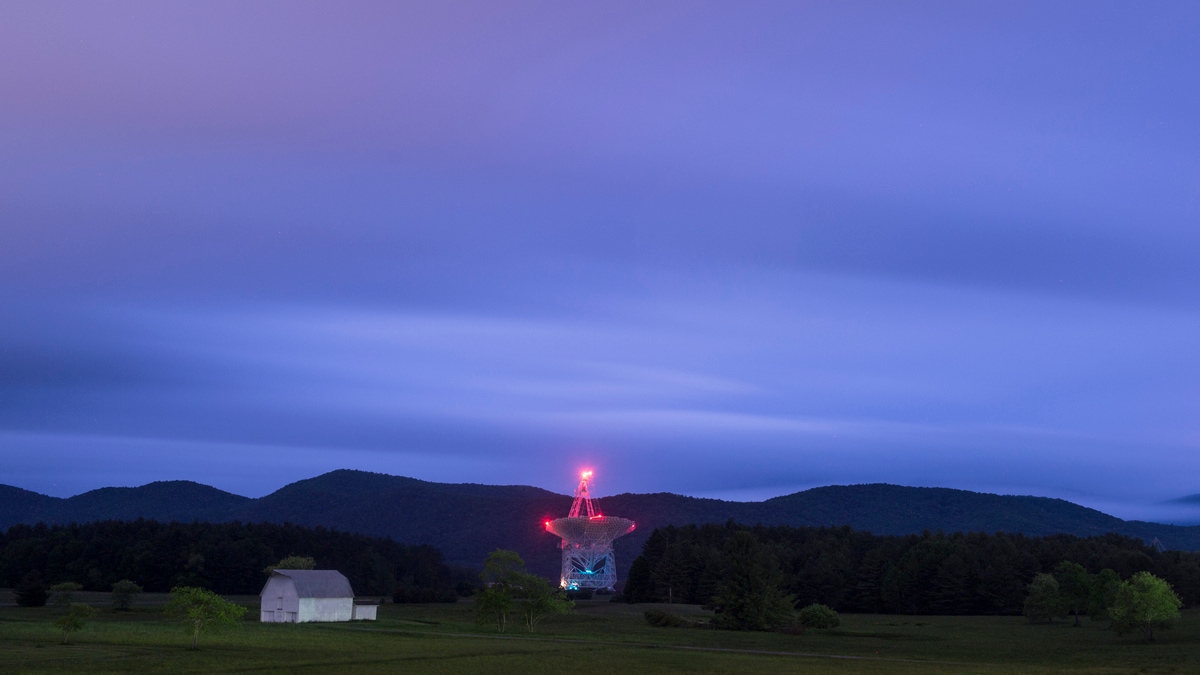 Scientists were celebrating a groundbreaking astronomical discovery Thursday that they say could pave the way for mapping the outer reaches of the universe.

An Australian-led team of international astronomers have determined for the first time the precise source of a powerful, one-off burst of cosmic radio waves.

They have pinpointed it to a massive galaxy billions of light years away, with properties that upend what scientists previously thought they knew about the formation of mysterious fast radio bursts (FRBs).

“This result is highly anticipated within the astronomy community,” Casey Law, an astronomer at UC Berkeley who was not involved in the study told AFP.

The findings, published in the journal Science, are among the most significant since the discovery in 2007 of FRBs, which flash for only a micro-instant but can emit as much energy in a millisecond as the Sun does in 10,000 years.

Exactly what creates these high-energy surges of long waves at the far end of the electromagnetic spectrum remains the subject of intense debate, though scientists now agree they originate in far away galaxies.

Since the first FRB was detected a little over a decade ago, a global hunt has found 85 bursts. Most have been “one-offs” but a small fraction have been “repeaters” that recur at the same spot in the sky.

Live replay
In 2017, astronomers were able to trace the source of a repeating burst, but locating a one-off FRB presented a much more difficult challenge.

Without the benefit of knowing where to look, a team led by Keith Bannister of the Commonwealth Scientific and Industrial Research Organisation (CSIRO) had to devise a new methodology.

“You can think of it as live action replay mode, where we have a computer that’s actually looking for the FRB, so it looked through about a billion measurements every second and I tried to find the one that contains an FRB,” Bannister told AFP.

Bannister and his team pinpointed the location of FRB 180924 about 3.6 billion light years from Earth.

ASKAP has 36 dish antennas, with the burst reaching each one at a slightly different time, allowing the scientists to calculate its origin.

“It’s like looking at the Earth from the Moon and not only knowing what house a person lived in, but what chair they were sitting in at the dining room table,” Bannister said.

While the previously localized FRB 121102 was found to emanate from a dwarf galaxy that was actively forming young stars, the new FRB comes from the outskirts of a massive galaxy with old stars, suggesting a completely different engine is responsible for its creation.

“The first localization inspired lots of modeling based on magnetars formed in the deaths of massive stars,” said Law, a model which predicted a number of properties confirmed in 121102.

A magnetar is a highly-magnetized type of neutron star, which are formed by the gravitational collapse of a star not quite massive enough to produce a black hole when it explodes.

But the new location is incompatible with the old theory, suggesting there are multiple channels for forming FRBs.

“This might suggest that repeating and non-repeating FRBs come from completely different origins,” said Shriharsh Tendulkar, an astronomer at McGill University who was not involved in the work.

Weighing space
The new finding is also exciting for another reason: it could help astronomers probe what lies in the vast spaces between galaxies and bring us a step closer to resolving the “missing matter” problem.

Theoretical calculations have suggested there should be twice the number of atoms that can be seen in the stars, which led astronomers to theorize they must be contained in ionized gases in the vast spaces that separate galaxies.

This creates a dispersion pattern, and the pattern observed from FRB 180924 matched what astronomers expected from the theory, meaning the intergalactic space does indeed contain the amount of ionized gas that was expected.

Moving forward, the team would like to localize thousands, if not tens of thousands of more FRBs and look at their dispersions, to generate a detailed map of the far reaches of space.

On the missing matter problem, he said: “I think we’re on the way to sewing it up.  With a few more localized bursts we will be able to nail it.”