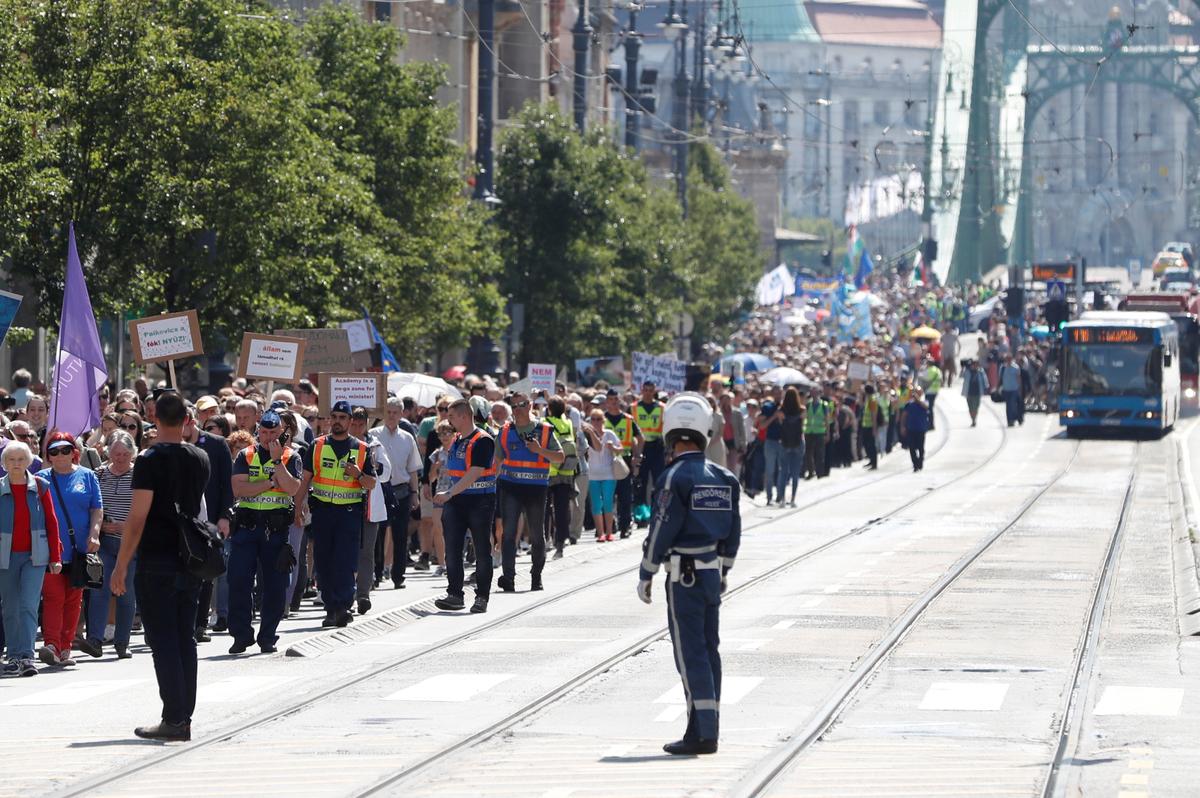 FILE PHOTO: People march in Budapest during a protest against government plans to overhaul the Hungarian Academy of Sciences, June 2, 2019. REUTERS/Bernadett Szabo/File Photo

Since taking power in 2010, right-wing nationalist Prime Minister Viktor Orban has brought about a politicization of the courts, media and universities, putting his government at odds with the European Union over rule of law standards.

The new law strips the 200-year-old Academy of its network of research bodies and hands them over to a committee with a chairman appointed by Orban and half its members from the government.

The change was needed “to ensure a sustainable boost to Hungary’s long-term competitiveness… (and) a more efficient use of resources,” the bill’s author, Innovation and Technology Minister Laszlo Palkovics, wrote in his reasoning.

Palkovics will now chair an 11-member council on behalf of the Academy to allocate and monitor funding.

The government will manage research institutes separately, and could add new ones or close existing ones.

Orban will appoint the chief of the research council based on a joint recommendation of Palkovics and the MTA chief.

Academy President Laszlo Lovasz said the increase in state influence over scientific research was unacceptable and he would challenge the legislation at the Hungarian Constitutional Court.

“One of the highly problematic aspects is the excessive influence of the government by European standards,” he told Reuters in an interview last month.

Thousands of Hungarians have taken to the streets to protest the planned overhaul of research activities and budgets, with another rally scheduled for later on Tuesday.

The European Commission has said it will monitor Hungary’s public research system and urged authorities “to refrain from any decision restricting scientific and academic freedom”.