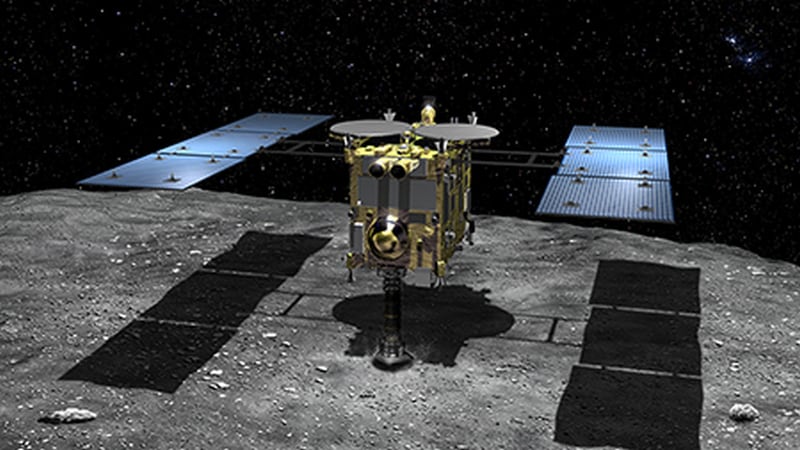 A Japanese space probe named after a falcon, Hayabusa2, has touched down on an asteroid more than 300 million km (186 million miles) from Earth on a mission to seek clues about the origins of life, Japan’s space agency said on Friday.

The spacecraft’s landing on the asteroid Ryugu, just 900 metres (3,000 feet) in diameter, came after an initial attempt in October was delayed because it was difficult to pick a landing spot on the asteroid’s rocky surface.

The Japan Aerospace Exploration Agency, or JAXA, said on Friday Hayabusa2 fired a small projectile into the surface of Ryugu to collect particles scientists hope the spacecraft will bring back to Earth for analysis.

“We may have caused some worry due to the delay but we carried out our plan flawlessly over the past four months to bring it to a successful landing,” project manager Yuichi Tsuda told a news conference.

“It landed in the best circumstances among the scenarios we envisioned,” he said.

It is the second Japanese spacecraft to land on an asteroid after Hayabusa touched down on a near-Earth asteroid named Itokawa in 2005. It was the first to bring asteroid dust back to Earth, although not as much as hoped.

Asteroids are believed to have formed at the dawn of the solar system and scientists say Ryugu may contain organic matter that may have contributed to life on Earth.

JAXA’s plan is for Hayabusa2 to lift off Ryugu and touch back down up to three times. It blasted off in December 2014 and is scheduled to return to Earth at the end of 2020.