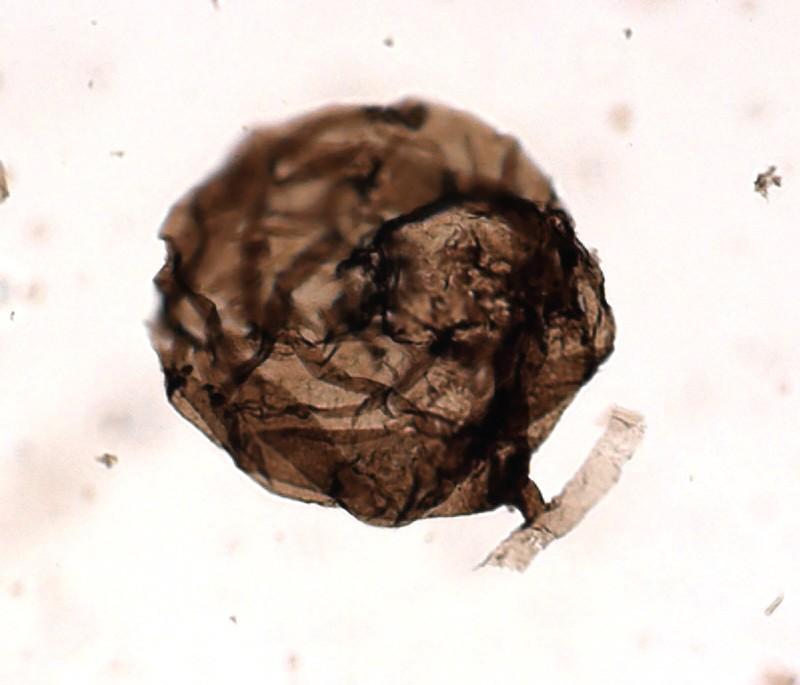 A microscopic multicellular fungus named Ourasphaira giraldae, which lived in an estuary environment roughly 900 million to 1 billion years ago and was unearthed in the Northern Territories of Canada, is shown in this photograph from the University of Liege, Belgium released May 22, 2019. It is the oldest-known fossil fungus. Corentin Loron/University of Liege/Handout via REUTERS.

WASHINGTON (Reuters) – Microfossils of a globular spore connected to a T-shaped filament excavated in an Arctic region of northwestern Canada represent the oldest-known fungus, a discovery that sheds light on the origins of an important branch in Earth’s tree of life.

Scientists said on Wednesday the multicellular fungus that they named Ourasphaira giraldae – forerunner to an immensely diverse group that today includes the likes of mushrooms, yeasts and molds – lived in an estuary environment about 900 million to 1 billion years ago. Until now, the oldest-known fungus fossil was one about 410 million years old from Scotland.

Fungi play a crucial role in global ecosystems such as in the organic decomposition process.

Fungi belong to a broad group of organisms, called eukaryotes, that possesses a clearly defined nucleus and also includes animals and plants. A fundamental difference between fungi and plants is that fungi are incapable of photosynthesis, harnessing sunlight to synthesize nutrients.

Because of a close evolutionary relationship between fungi and animals, the researchers suspect that early forms of microscopic animal life may have lived at the same time as Ourasphaira. The earliest fossils of rudimentary animals are about 635 million years old.

“Fungi are one of the more diverse groups of eukaryotes known today and, despite this, their ancient fossil record is very scarce,” said paleobiologist Corentin Loron of the University of Liège in Belgium, lead author of the research published in the journal Nature.

The microscopic fossils, contained in shale rock from the Northwest Territories of Canada, dated to the Proterozoic era before the advent of complex life forms. The fossil record from that era “is still a mysterious jigsaw puzzle, and we just added a new piece to it,” Loron said.

In determining that the fossils were of fungi, the researchers identified the presence of a fibrous substance called chitin in Ourasphaira’s cell walls, a key fungal characteristic. Chitin also is present in the durable exoskeletons of invertebrate animals such as insects and crustaceans.

“Of course, when talking about fungi, we think of poisonous mushrooms or mold that grows on food,” Loron said. “But fungi are also well known to help productivity in cultivated fields, for fermentation purposes like yeast in beer, or for their role in the digestive system – for example, in the rumen of cows – to help cellulose digestion.”

Reporting by Will Dunham; Editing by Sandra Maler