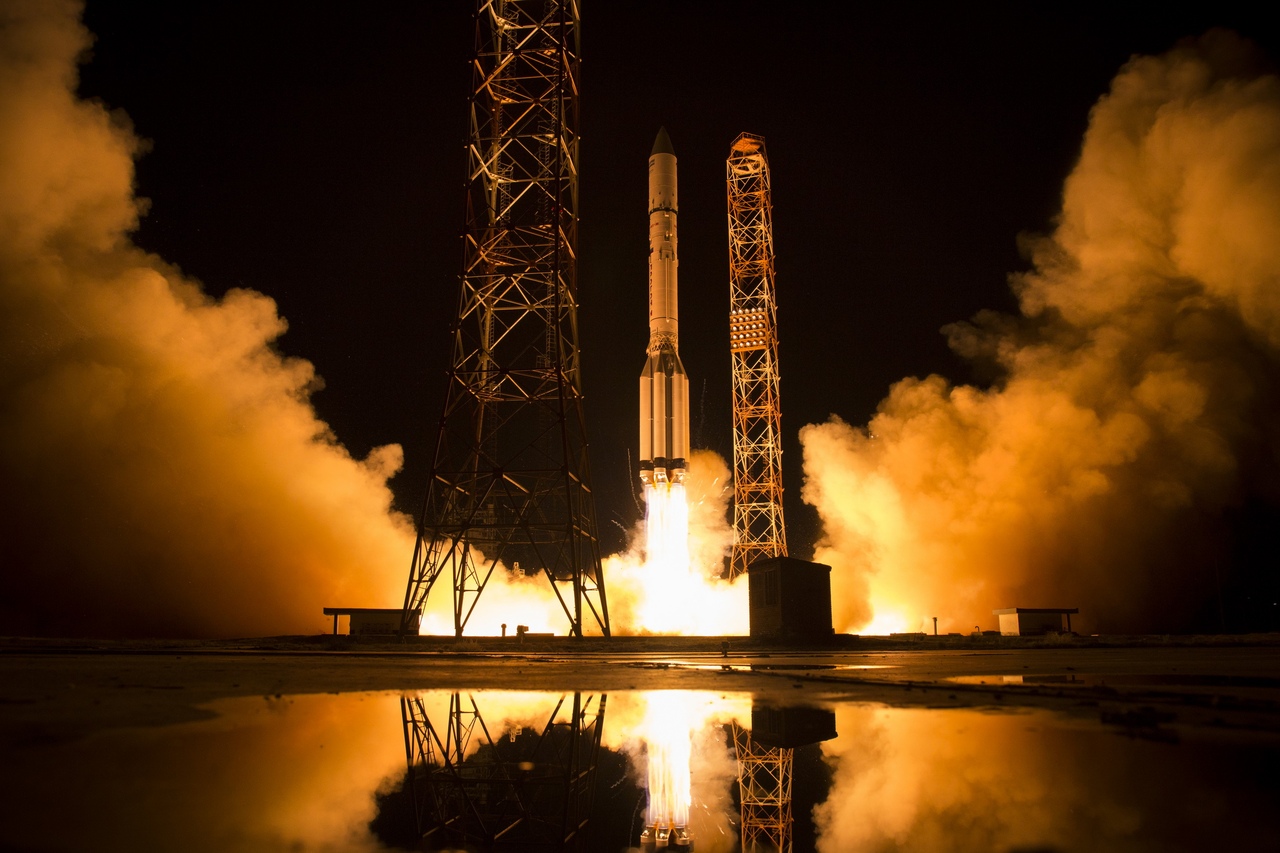 WASHINGTON — A Russian Proton rocket launched the Yamal-601 communications satellite for Gazprom Space Systems May 30, completing the first of six Proton missions planned for this year.

The rocket, built and contracted by Khrunichev, launched at 1:42 p.m. Eastern from the Baikonur Cosmodrome in Kazakhstan. The 5,400-kilogram satellite separated 9 hours later.

Yamal-601 is equipped with 32 Ka-band spot beams for internet connectivity, and 18 C-band transponders for television broadcasting and other services. The satellite has a payload power of 7.3 kilowatts and is designed to last more than 15 years.

Khrunichev said five more Proton launches are planned this year, with the next scheduled for June 21, Moscow time, with the Spektr-Roentgen-Gamma telescope.

Of the five missions, one is commercial. International Launch Services is conducting a dual launch of the Eutelsat-5 West B satellite and Northrop Grumman’s first Mission Extension Vehicle, MEV-1. Paris-based Eutelsat said in a May 14 presentation that the launch is scheduled for the third quarter of this year.

As part of the change, Pysher said Glavkosmos gained two of the six seats on ILS’s board of directors that previously belonged to Khrunichev. Pysher said the changes mean ILS, Khrunichev and Glavkosmos can find synergies in launch operations and potentially other areas to lower the cost of Proton launches.