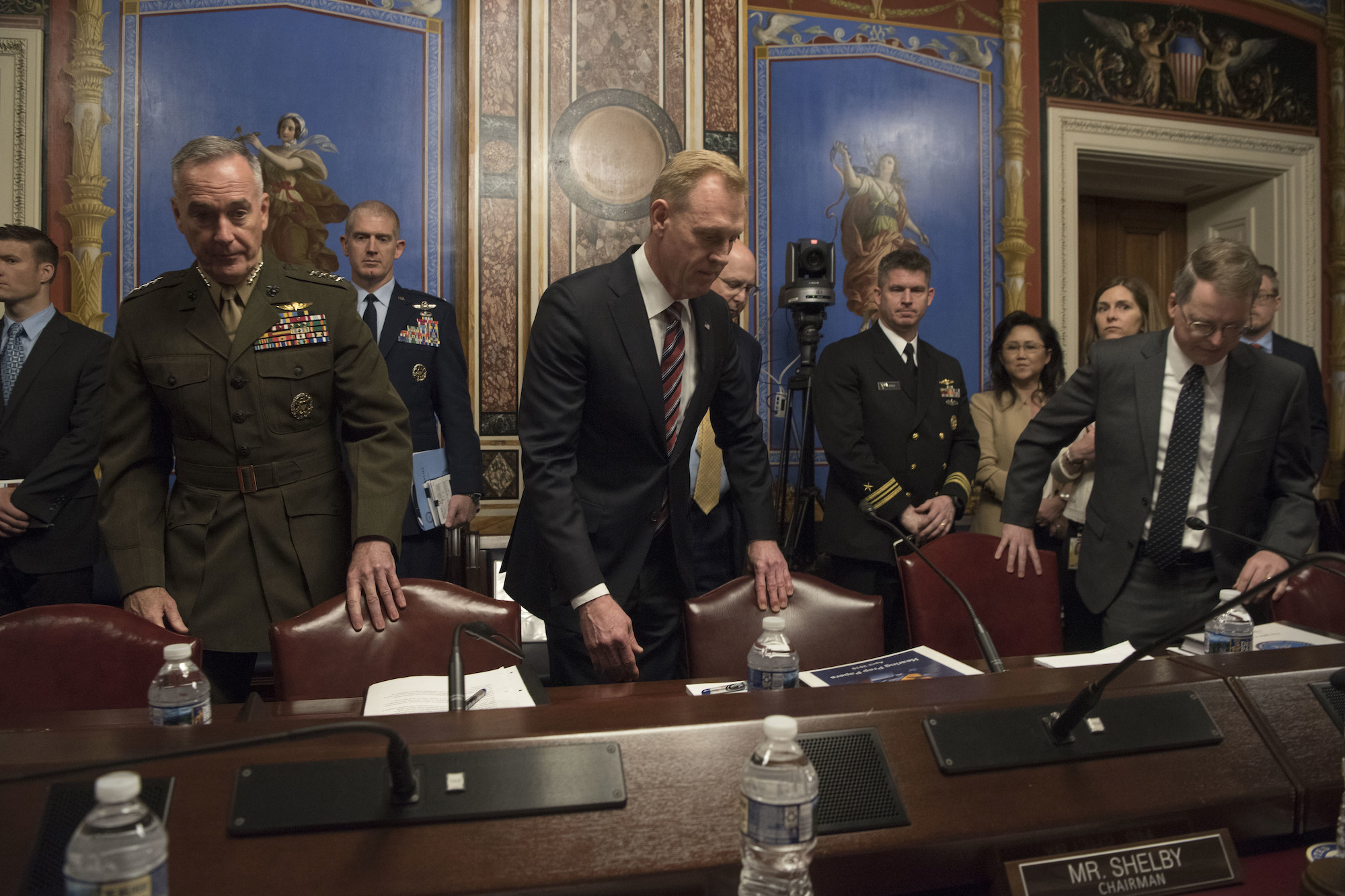 The HAC draft report notes that the decision to not back the $72 million request should not be read as a complete rejection of the idea of establishing a Space Force.

WASHINGTON — The House Appropriations Committee says in a draft report says it will not support the Pentagon’s $72.4 million request to establish a Space Force headquarters, and wants the Pentagon to study alternative options.

The committee is scheduled to mark up the defense bill on Tuesday.

The draft report accompanying the committee’s proposed fiscal year 2020 defense spending bill notes that the decision to not back the $72 million request should not be read as a complete rejection of the idea of establishing a Space Force.

“The Committee recommendation does not fully fund the request to establish the proposed Space Force,” says the draft report obtained by SpaceNews. “The Committee makes this decision without prejudice and includes funds for the Department to examine and refine alternative organizational options that will streamline the management and decision-making process and minimize overhead cost and bureaucracy.”

The House and Senate Armed Services Committees are reviewing the administration’s Space Force legislative proposal and considering whether to authorize the new service in the 2020 National Defense Authorization Act. Appropriators are not policy makers. Only the HASC and SASC can authorize DoD to establish a new military service. But it’s up to the House and Senate Appropriations Committees to fund the new branch and decide how much.

Defense officials have said they estimate the Space Force will cost no more than $2 billion over five years but have not provided detailed analysis to back that up, according to congressional officials. The Senate Armed Services Committee has done due diligence and directed the Congressional Budget Office to analyze the future costs of the Space Force, U.S. Space Command and the Space Development Agency. The CBO in a report laid out a number of scenarios. On the Space Force, it projects costs significantly higher than $2 billion over five years. The Pentagon has challenged those estimates.

DoD has proposed legislation to establish the Space Force as a separate service within the Department of the Air Force, with an Undersecretary for Space and a Chief of Staff for Space. “While the Committee appreciates the intent of the proposal, the plan leaves many unanswered questions and lacks important details and supporting analysis to justify the proposed size, scope, cost, roles, and authorities for the new military service.”

Appropriators say in the draft report that they support DoD efforts to advance the military’s space capabilities but are not convinced that requires setting up a new military branch. “The Committee is very concerned with the rapid advances potential adversaries are making to develop capabilities that threaten United States space assets on orbit,” the report says. The committee “understands that this is an urgent problem that will require the Department to reorient its strategies, organizational constructs, and program priorities to meet the reality of these threats.” However, the report notes that it is “fully within the Department’s current authority to make space a higher priority without creating a new military service and is not persuaded that the specific plan proposed justifies the additional overhead cost and disruption across the Department.”

The HAC’s defense subcommittee last week agreed to give DoD $15 million to further study how a space service could be organized. Space policy analyst Marcia Smith noted that the House Appropriations defense bill is moving faster than HASC action on the NDAA, which is creating “a bit of confusion regarding the status of the Space Force debate.” The defense subcommittee could have approved the $72.4 million request contingent upon the passage of authorization legislation, but it did not, Smith wrote. “Their action is viewed as lukewarm support for the idea, at best.”

House appropriations did approve DoD’s $83 million request to establish a unified combatant command for space, the United States Space Command. The committee “believes the command is an important step in strengthening the operational focus and emphasis on protecting and defending national space capabilities. The Committee recommendation fully funds the United States Space Command at the requested level.”

On the Space Development Agency, the committee backs defense appropriators’ recommendations to seek more specific details on the SDA’s space projects. “While the Committee is generally supportive of the concept of the Space Development Agency, the Committee is concerned that this effort may create a parallel space program that will overlap and duplicate existing programs and missions in the Air Force.”

DoD requested $149 million in 2020 to create a new Space Development Agency within the office of the undersecretary of defense for research and engineering. “The Committee recognizes the need for rapid development and fielding of space assets to meet the current threat environment as outlined by the National Defense Strategy,” the draft report says. The committee recommends including a “legislative provision requiring the Space Development Agency and the Air Force to work together to define a unified and integrated space architecture and to clarify roles and responsibilities.”

National security space launch — The House Appropriations Committee in the draft report commends the Air Force for its launch procurement strategy to increase competition and eliminating its reliance on Russian rocket engines. “The national security space launch program is going through a critical transition as it phases out legacy launch systems and considers a variety of new and upgraded rockets to meet the full slate of national security mission requirements,” the report says. The committee also said it is concerned with the “significant level of technical and programmatic risk this transition entails, including risk of a potential gap if any of the new, unproven rockets develop problems or experience setbacks.” Appropriators agreed to fully fund the Air Force’s request for the National Security Space Launch program and “urges the Secretary of the Air Force to proceed expeditiously with its strategy in order to minimize the risk of a gap in assured access to space.”

Missile warning satellites — Appropriators question the strategy for the Next Generation Overhead Persistent Infrared (OPIR) program. The 2020 budget seeks nearly $1.4 billion, an increase of $752 million above the 2019 enacted level. The committee cut DoD’s request by $201 million. It agrees with DoD that there is an “urgent need to field a more resilient capability against growing space threats.” But in the report they raise flags about the “rapid budget growth and the Air Force strategy of relying on significant reprogramming requests to keep the program on schedule.” The committee questions whether the use of fast-prototyping authorities given to DoD under Section 804 of the National Defense Authorization Act for Fiscal Year 2016 is appropriate for this program. The committee also asked DoD to provide a long-term strategy for missile defense and hypersonic defense. The committee “views the current Next Generation Overhead Persistent Infrared Block O program as an important interim step to a currently undefined, but much needed, future comprehensive OPIR architecture,” the report said. It included a legislative provision requiring the Space Development Agency and the Air Force to lay out a plan to develop a “unified and integrated space architecture.”