This article was first published in the SN Military.Space newsletter. If you would like to get our news and insights for national security space professionals every Tuesday, sign up here for your free subscription.

The trade association that represents small satellite manufacturers is making a fresh push on Capitol Hill to ensure funds are included in the Pentagon’s budget for smallsat technologies. Specifically, the SmallSat Alliance is asking lawmakers to put additional money in the Air Force’s budget to develop “hybrid architectures that combine legacy military and intelligence satellites with proliferated government and commercial smallsat capabilities,” the group’s president Steve Nixon said. 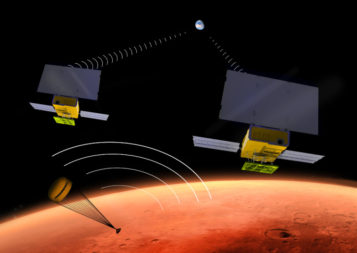 The industry wants to see more funding for the space, ground, and launch segments related to small satellites, Nixon said. It also is calling for policy reforms. “In future interactions with the Hill, we’ll be working to reduce Federal Communications Commission license fees as well as addressing obstacles to engaging smallsat companies in the intelligence community.”

National security agencies that have said they will use smallsats to improve resilience, deterrence, revisit rates and innovation cycle times. But the rhetoric has not yet translated into funded programs, said Nixon. “I am finding more and more folks are talking about more resilient architectures using smallsats, but to my knowledge only Fred Kennedy via Blackjack and the Space Development Agency has put good money in it. And SDA will need to get past the congressional gauntlet.”