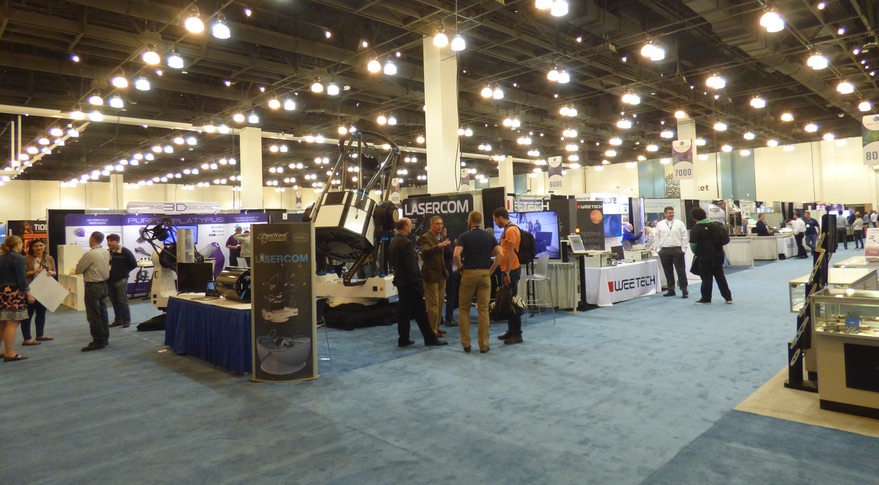 PASADENA, Calif. — A supplier base of hardware and service vendors sees opportunities for new business from the growing number of satellite and launch vehicle ventures, even if space remains a small part of their overall business.

Unlike many other space conferences, the exhibit hall of the Space Tech Expo conference, which opened here May 20, is dominated by suppliers of hardware components, engineering services and related projects. While a few major aerospace companies, like Maxar Technologies and Northrop Grumman, are present, the more than 100 companies in the hall are primarily lower-tier suppliers.

Those companies are looking for new opportunities from both established and emerging space companies. That market is growing, based on recent studies on both investment into space companies as well as revenue from their products and services.

A report by the Satellite Industry Association (SIA) released May 8 estimated that the satellite industry — including launch and satellite manufacturing, ground equipment and satellite services — generated $277.4 billion in revenue in 2018, an increase of three percent from 2017. That accounted for more than three quarters of the overall space economy, estimated at $360 billion in 2018.

While building and launching satellites are the most visible activities of the space industry, they’re also among the least lucrative, generating $25.7 billion combined according to the SIA. Ground equipment and satellite services, by contrast, each produced more than $125 billion in revenue in 2018.

“Much of the excitement surrounding the ‘new space age’ is centered on recent innovations and growth seen in the commercial satellite industry,” said Tom Stroup, president of SIA, in a statement about the report. “Proposed new constellations and satellites, which are now being designed and tested, may be driving much of the excitement about the near future, but technological achievements in high throughput satellite, small satellite and cubesat technology are already increasing satellite broadband, manufacturing and launch services revenues as we see in the new report.”

On the Space Tech Expo show floor, companies that provide components such as structures ans electronics, as well as other supporting equipment and services, showed off their wares. The focus was less on satellites and rockets than on hardware needed to help manufacture those items, sometimes down to the literal nuts and bolts.

Mike Carlson, vice president of business development at Smiths Interconnect, said that at the recent Satellite 2019 trade show in Washington, the company marketed antenna products. “Here, the focus is on components,” he said, such as cable assemblies and connectors.

Many of the companies at the show don’t focus exclusively on space, also serving aerospace and defense as well as other manufacturing sectors. Representatives of a number of those companies said that while space remains a small part of their overall business, they see opportunities for growth depending on the success of startups in launch and satellite systems.

Those startups, though, were notably absent from the exhibit hall, with a few exceptions. Additive Rocket Corporation, a San Diego-based company that uses additive manufacturing and advanced design approaches to produce rocket engines and related components, showed off its capabilities in one corner of the exhibit hall. Steve Guerin, director of engineering operations at the company, said they have seen growing interest in their manufacturing services even as the company continues work on its own 3D-printed rocket engines.