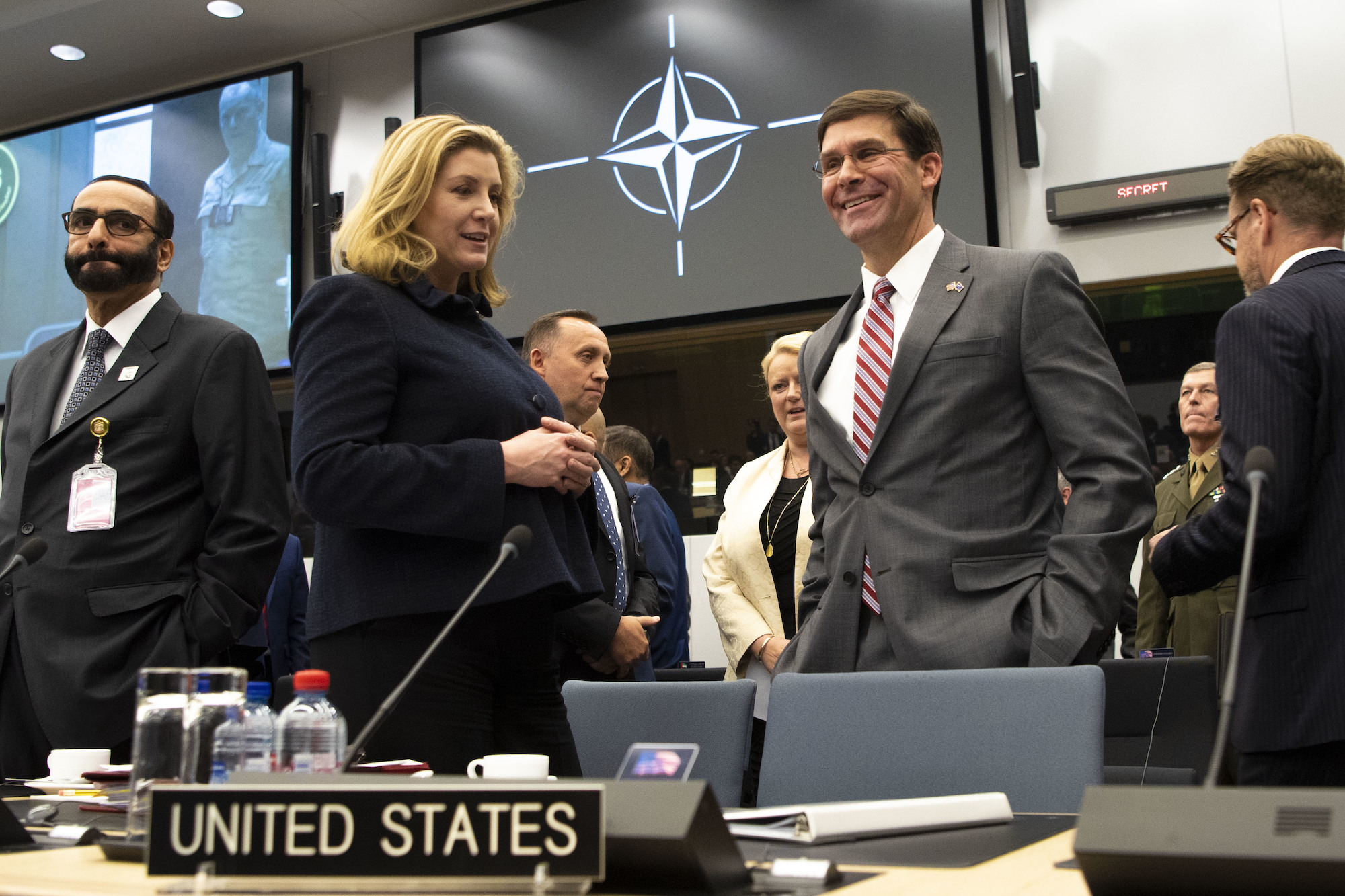 The U.K. will invest $34 million in small satellites, will increase support for the Combined Space Operations Center.

WASHINGTON — British Secretary of State for Defense Penny Mordaunt announced on Thursday that the U.K. will become the first international partner of Operation Olympic Defender, an effort started by U.S. Strategic Command in 2013 to strengthen deterrence against hostile actors in space. More recently it has increased focus on preventing the spread of space debris in orbit.

In a keynote speech at the Air and Space Power Conference 2019 in London, Mordaunt also announced that over the next 18 months, the U.K. will be sending eight people to support the Combined Space Operations Center, the military hub for operational space planning at Vandenberg Air Force Base, California.

The U.K. additionally will be investing nearly $34 million over the next year to launch a constellation of small, low orbiting satellites to provide “live high resolution video beamed directly into the cockpit of our aircraft providing pilots with unprecedented levels of battle awareness.”

The new satellites are part a Royal Air Force initiative called Team Artemis, a transatlantic collaboration to launch the constellation and undertake research into the wider military uses of small satellites, said Mordaunt. “Given the vastness of the challenge, this might seem a relatively small-scale initiative. But effectively we’re planting the acorns from which the future oaks will grow.”

She noted that Britain is a small satellite powerhouse. Manufacturer and operator Surrey Satellite Technology makes 40 percent of the world’s small satellites.

The U.K. defense bureaucracy also is reorganizing to reflect the growing importance of space. The Joint Forces Command — which oversees medical services, training, intelligence, information systems and cyber operations — will become Strategic Command. “It’s much more than just a name change,” said Mordaunt. It’s intended to help defense leaders “think strategically.” She noted that threats are “intensifying across all domains. And in space, too.”

To support the small satellite project, the Royal Air Force is partnering with Virgin Orbit. The company, owned by Richard Branson’s Virgin Galactic, launches small satellites into space from the wing of a customized 747-400 aircraft.

“Science fiction is becoming science fact,” said Mordaunt. “One day I want to see RAF pilots earning their space wings and flying beyond the stratosphere.”

The U.K. Space Agency announced plans June 4 to invest in facilities at a British airport to support launch operations by Virgin Orbit. Mordaunt said the RAF intends to assign a test pilot to the Virgin Orbit program. The message is that “if you join our RAF, you will join a service where you can become an aviator or an astronaut,” she said.

Virgin Orbit will seek to “demonstrate responsive and resilient space launch,” the company said in a news release. “Pending approval by the U.S. government, Virgin Orbit will support a Team Artemis as a member of the partnership between a coalition of allied nations and a team of commercial companies.” Virgin Orbit’s role in Artemis will be to launch satellites built and operated by Surrey Satellite Technology and other companies, with the first launch coming as soon as late 2020.

Each launch in the Artemis project will be conducted with short call-ups, with Virgin Orbit possibly receiving as little as a week’s notice, the company said. “This is vastly faster than today’s standards for launches which must typically be planned years in advance and which operate from launch sites that are only capable of accessing a narrow range of orbits.” The company noted that it is today nearly impossible to guarantee access to any given orbit on short notice.

“We are hopeful that by demonstrating the capability to quickly and easily deploy and replace satellites in low Earth orbit we will be helping to remove the incentive for any nation to invest the money in harming another nation’s satellite,” said Dan Hart, president and CEO of Virgin Orbit.

Air Vice-Marshal ‘Rocky’ Rochelle, chief of staff of the Royal Air Force, said: “If a satellite in orbit can no longer perform its function, or if a new need emerges, we need to launch within days, if not hours. And it’s not sufficient to launch to just any orbit; we need to place the satellite into the orbit where it is needed.”

Virgin Orbit praised the RAF decision to embed one of its test pilots, pending regulatory approvals. This pilot will provide “key operational insights into the best ways to integrate Virgin Orbit’s system and its unique capabilities into the RAF’s planning and operations,” the company said. Virgin Orbit recently completed a key drop test of its LauncherOne vehicle, the last major step in the development of its launch service.